Frenchie was all for it. I turned her and Miss out in the pasture with Beretta and Belle and it took Frenchie all of 2 minutes to re-assume her roll as lead mare, after which, she led her adoring crowd to the far end of the pasture and stayed there until the afternoon.

I don't know if Miss is going to get to stay out with the girls, because after being completely sound for the last couple of months, she went 3-legged lame again over the weekend. :-(.

I wasn't going to turn her out at all, but she was making such a ruckus when I took Frenchie out, that she had the babies all stirred up and in spite of her lameness, I promptly got her the heck out of there.

The only reason I can think of for Miss re-assuming the pointed toe, hunched-back founder position is a change in the weather... 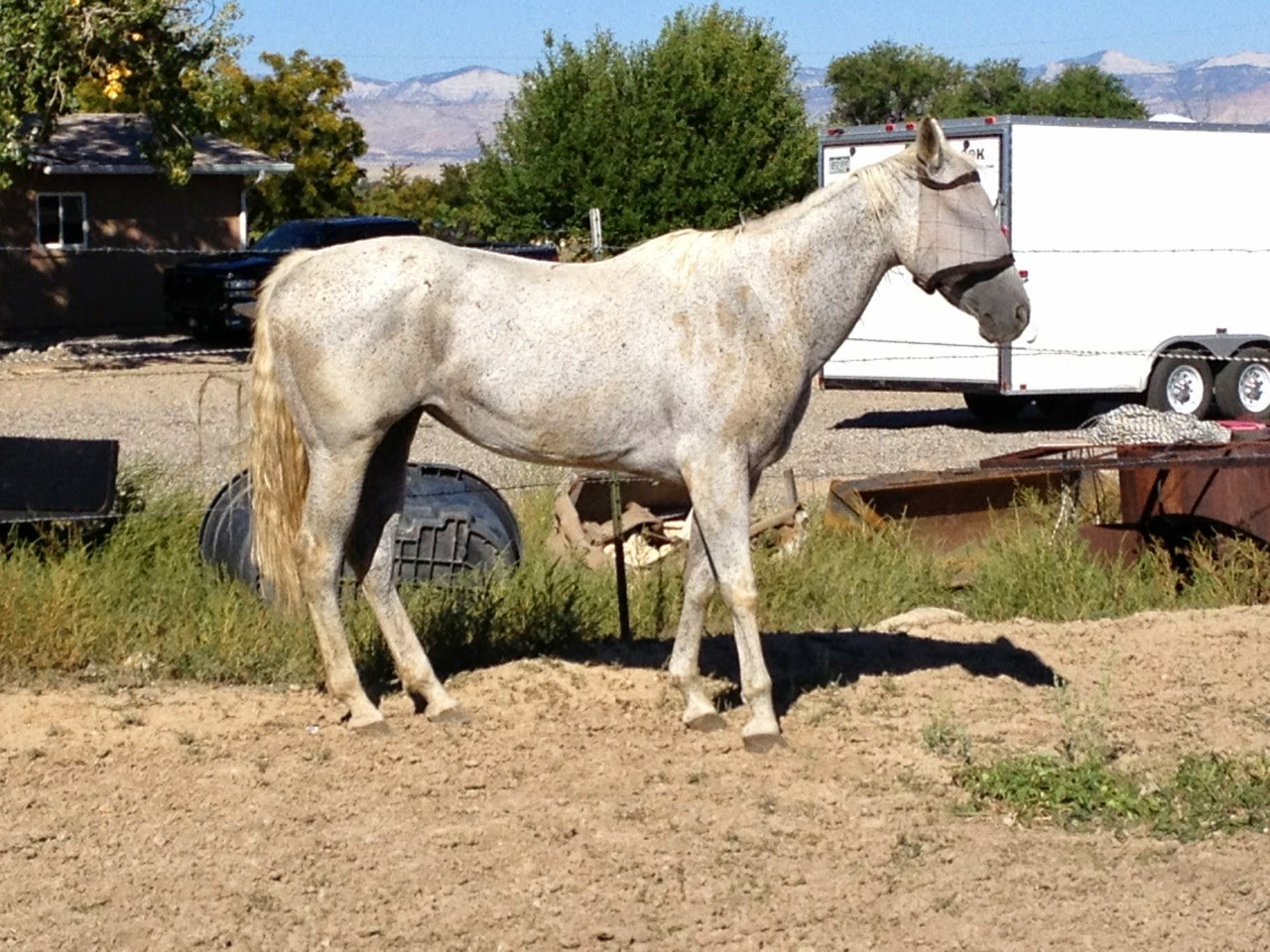 As weird as it sounds, a rapid change in barometric pressure, especially in the early spring and again in the fall, often have a negative impact on horses. It's most commonly when you will see older horses go down hill, cases of gas colic rise and founder cases act up.

It sucks. I feel bad for the her and I have had her on anti-inflammatories and double doses of MSM since Saturday. I figured some movement might actually help her, but this evening I returned her to her pen so she could rest. She was obviously ready to go back in. She about ran me over racing to get back there. LOL.

Frenchie is far from a maiden mare, so I didn't expect that she would be too upset over leaving her son, but she seemed almost a little too eager. LOL. Beretta and Belle are thrilled to have a leader again and have stayed snuggled up to Frenchie... 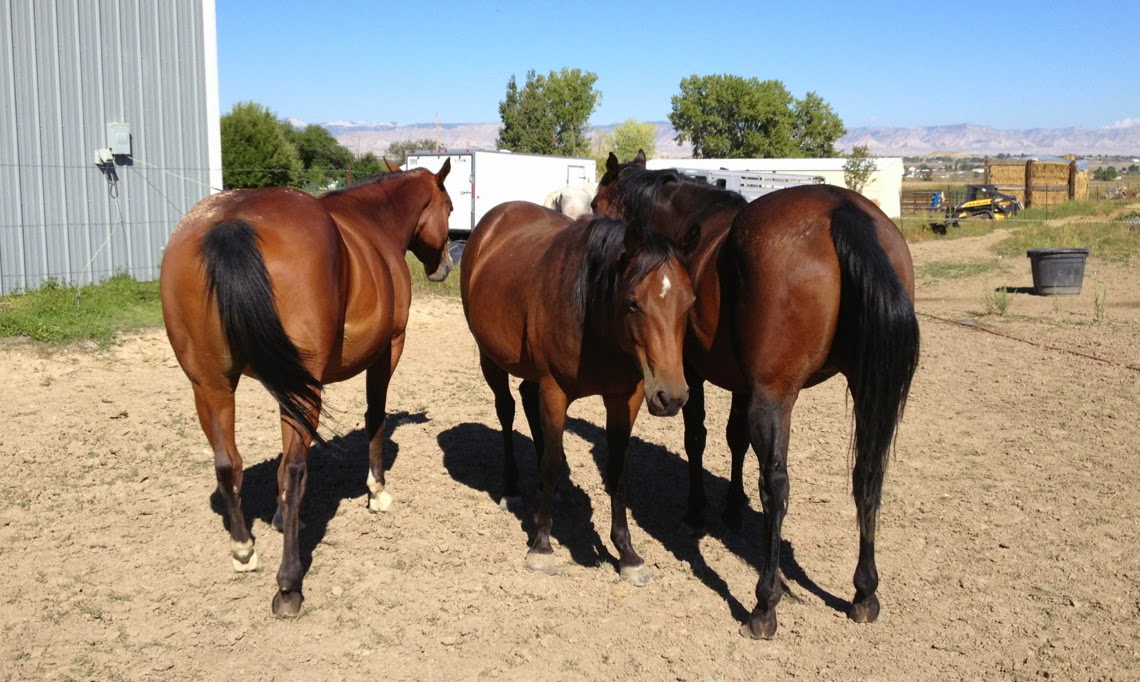 Beretta is taking this motherhood thing very seriously. She looks like she is 8-9 months pregnant, instead of just coming on 5 months.

I don't want to gross anyone out, so beware of the next picture. It's a 4 month old foal embryo that my vet preserved after the mare died of colic (That part is pretty darned sad!!). This is about the size of Beretta's baby at the moment... 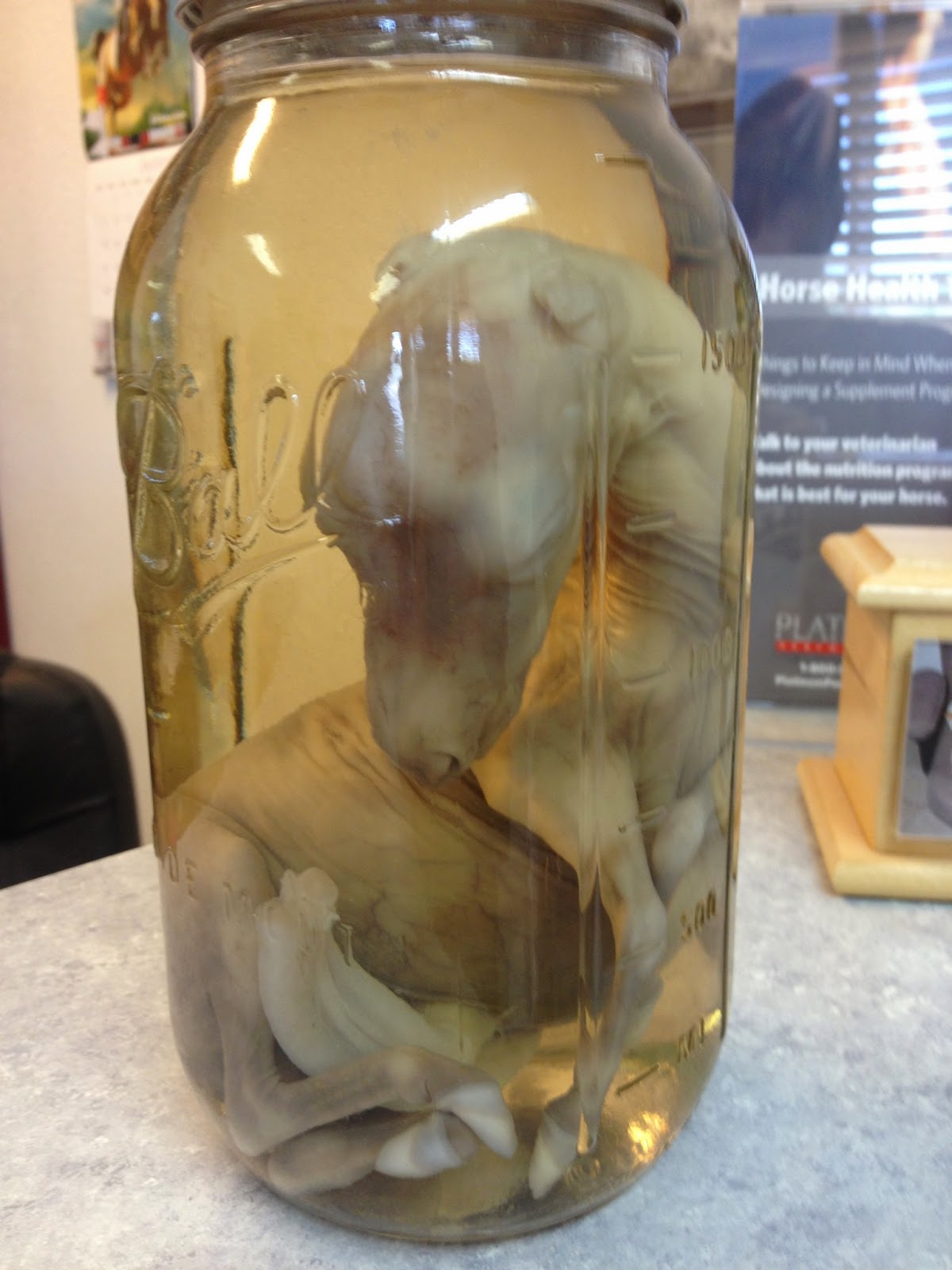 Isn't it weird that regardless of knowing different, I just kind of think as those baking babies as little 'lumps'. To actually see this perfectly formed baby was so interesting to me.

As for the living babies...Yep...I've got two of them. My vet's wife dropped off their 6 month old filly to wean with Flash... 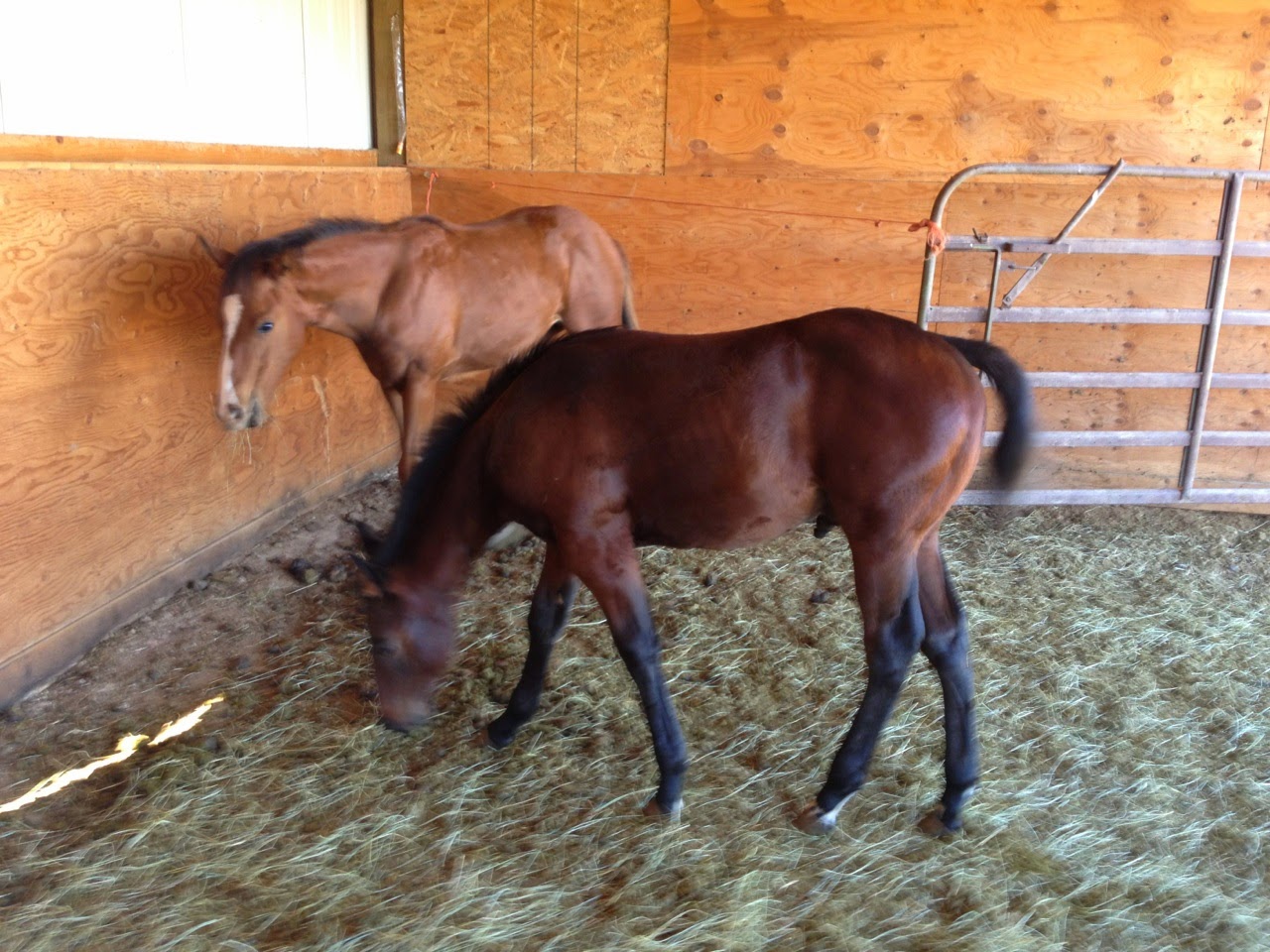 She's quite a bit bigger than Flash, but she is 2 months older than him, so that is to be expected. I didn't get a very good picture of her, but she is a super nice filly. Her mother was a pro-level barrel horse that won well over $100,000 before a knee injury took her out of competition and her sire is The Goodbye Lane. She and Flash are polar opposites in build and her elegant, leggy build sure does make my lil Flash look kinda dumpy in comparison. LOL

I love getting the opportunity to be around some of these exceptional foals some of my friends are raising. I hadn't even heard of The Goodbye Lane before this foal, and now after seeing her, I've sure been looking at him. His bloodlines sure would cross very well on at least 2 of the mares I have. ;-)

The babies were pretty noisy throughout the morning, but by the time it started getting pretty warm, they had quieted down considerably.  Thank goodness! Because it wasn't just the babies carrying on. All of the geldings were bellowing right along with them. Uncle Shooter was pacing the fenceline, nickering and chorkling to the babies. He desperately wanted them to come over to him so he could comfort them. Arrow, the visiting filly, finally did and before long she had assumed a parallel position to Shooter, who kept reaching through the fence and nuzzling her shoulder. Flash was pretty upset that someone else was overing on his Uncle Shooter, but wasn't brave enough to try to drive Arrow away.

I stayed pretty close to them all day and beings that I have such a soft spot for my lil Flashy, I kept going in and comforting him. What can I say...I'm mush when it comes to that colt. This weaning day was probably harder on me than it was Flash. He just looked so young and pathetic and every time he saw me, he would run to the fence, stick his head through and cry for me.

As is almost always the case though, especially when the momma is either out of earshot or wise enough to keep her mouth quiet, by evening, the kiddos had quieted down and happily ate their grain. Arrow laid down in the hay pile for nap and Flash was quietly munching away beside her. I think having Miss back beside them helped calm them even more, especially Flash, since she is so familiar to him.

Although I wished Miss wasn't experiencing problems with her foot again, it probably won't hurt to have her up beside the babies for the next few weeks. Shooter will be going with me to Arizona and it never hurts to have a calm adult horse next to youngsters. I don't know if this means Miss will have to come to AZ for the winter or not. I'm hoping that after the weather quits changing that she will stop flaring and can settle in with the other mares. Quite honestly, she is too valuable to me to risk her not wintering well. I guess only time will tell though. :-/.
Posted by BrownEyed Cowgirl at 12:32 AM

Hope Miss resolves quickly poor old girl! Funny the geldings are worried about the babie, it used to be my old stud that would set up camp next to the "kids " at weaning to talk them down. I usually play a radio in the barn when I wen, muffles the sound of horses calling and the babies seem to like the sound

The first 2 days are the most stressful, then they settle. Nice that Flash has company.If you didn't take Miss with you, who would give her the care she needs?

I've been thinking about your barometric pressure thing and Sassy. As our weather goes from one extreme to the other and back again....hourly, she seems better and worse and better again, for no apparent reason. It has me wondering.

Babies look awesome, the ladies look fabulous as always, can't wait to see you and the boys!

Big day in little Flashes life. I have never had loud wening here in all my four lol but I usually bring the mares in and leave the babies out on pasture with the other horses and it seemed to work well for me, specially on Razz she had no interest in her foal aside from making sure it ate.
Cool to have another foal to keep him company, that works perfect.

Shirley-If Miss comes out of this when the weather clears off, she won't need extra care. She will just go out with the other mares for the winter. If she needs extra care, I'll have to take her to Arizona. But after putting her back on Remission, she is getting better again.